Top 10 Majors for Getting Hired

According to data gathered by the U.S. Census Bureau, the top ten majors with the lowest unemployment rate are:

So, which major will your child pursue? Aegis Advisors suggests to start the exploration process earlier on to help students shortlist interest areas and potential majors. Early planning is key, especially if you plan to apply to UK universities, as different majors will have different course requirements that need to be fulfilled during secondary school. 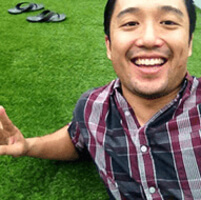 Dan has over a decade of experience helping students get accepted at top boarding schools, as well as undergraduate and graduate programs at the Ivy League and equivalent level. He was formerly an active member of the Columbia Alumni Representative Committee and interviewed candidates for admissions.

How To Prepare for the IBDP

We know that excelling in your academic studies is not something that can be done overnight. But true dedication will be met with results that you’re more than proud of.

No student is the same. Learning styles and weak areas of the curriculum will vary across each student. At Aegis Advisors, we offer private tutoring to students in HK customized with a tailor-made approach to ensure that the time you spend with us is both productive and helpful.

For parents, this means a more relaxed and stress-free life at home. For students, this means countless hours saved and a huge confidence boost as you stride onto the next stage of your academic career.

Contact us today to find out how we can help you.

Get in touch
Check out our 2020-21 Courses now!
Email Whatsapp Call Us