Q: I’m rather confused with all the changes in the SAT and ACT. Can you advise what the changes are and which one my son should take?

Starting in March 2016, College Board will be administering the new SAT, which will be quite different from the previous version. The ACT largely remains the same, except for some changes in the optional writing test, which rolled out in September 2015. In our opinion, the new SAT has become remarkably similar to the ACT. Here’s a side-by-side comparison:

Which one should your son take?

Our view is to take the ACT simply because there’s no reason to risk being a guinea pig for the New SAT, which will undoubtedly be an evolving work-in-progress for the College Board throughout 2016. Moreover, it’s unclear how universities will be interpreting the results. Preparation for the ACT is much more straightforward as there’s a lot more preparation materials available that have been tried and tested.

That said, it’s still important to weigh in some key factors before jumping to a final decision:

Ask your son to spend an hour or two looking at the two tests. Then have him take a mock in the one he feels more comfortable with. If needed, take mock tests in both to see which he does better in. Regardless of your test choice, do take the mock test ASAP so you can identify the gap between his mock with his target test scores. He will likely need all the time in between to prepare accordingly. 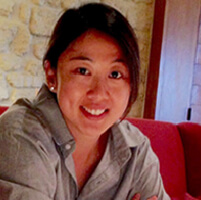 Cindy has over ten years of experience in U.S. boarding school and undergraduate admissions, and also has expertise in student athlete recruitment. She was formerly an active member of the Princeton Alumni Representative Committee and interviewed students for admissions.

Cindy graduated from Princeton University, where she received a Bachelor of Arts in History and East Asian Studies. She was also a letter-winner on Princeton's NCAA Division I Varsity Tennis Team. Prior to Princeton, Cindy attended Hong Kong International School and was a top player on the Hong Kong National Tennis Team.

Q&A: Transitioning to Boarding School in the UK

We know that excelling in your academic studies is not something that can be done overnight. But true dedication will be met with results that you’re more than proud of.

No student is the same. Learning styles and weak areas of the curriculum will vary across each student. At Aegis Advisors, we offer private tutoring to students in HK customized with a tailor-made approach to ensure that the time you spend with us is both productive and helpful.

For parents, this means a more relaxed and stress-free life at home. For students, this means countless hours saved and a huge confidence boost as you stride onto the next stage of your academic career.

Contact us today to find out how we can help you.

Get in touch
Check out our 2020-21 Courses now!
Email Whatsapp Call Us